Animals have long been used for the entertainment of humans – this is yet another example of man wielding his might; of lording it over all living beings. Animals are caged, taken from their habitat, mistreated, beaten, and restrained from behaving in their own instinctive way. Animals are made to live and breed in captivity and learn to become meekly submissive and remain at the mercy of humans – all in the name of entertainment! Consider some of these facts about animals used for entertainment that will amaze and appall:

1. Zoos and aquariums isolate the animals 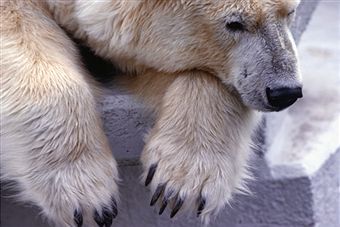 Animals kept in zoos and aquariums are deprived not only of their natural habitats and climatic environments, they are made to suffer unnatural and cruel social deprivation; even isolation. 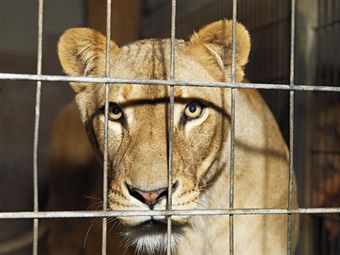 Animals in and zoos and other confined areas cannot exercise, explore, play, forage and socialize in a way that they are meant to and they start to exhibit abnormal behavior after a time. This demonstrates how such artificial, manmade environments are detrimental to an animal’s physical and emotional wellbeing.

3. Cages are not animal friendly 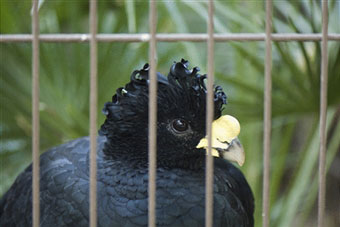 Many zoos purport to keep animals caged in the name of conservation. However the prime aim of all zoos is the display of animals. The cages are designed with the visitors in mind and not the animals. 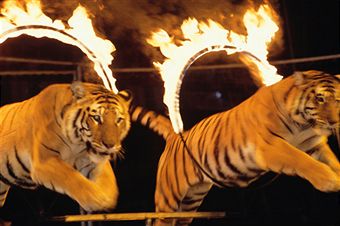 Circuses also place unnatural demands upon animals – making them perform confusing and bizarre tricks with the aid of whips, collars, muzzles, electric prods and more. Why does a tiger have to jump through hoops and why does a chimp have to wear a skirt and ride a bike! 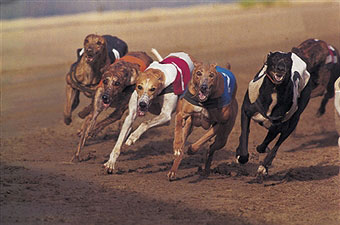 Other animal entertainments such as racing of dogs and horses also are cruel to animals – they prevent natural behaviors, cause the animal to become traumatized during ‘training’ and suffer untold agony all in the name of entertainment – a polite name for the gambling and betting that goes on at racing events.

6. Animals in movies are mistreated too 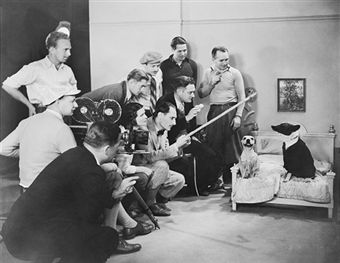 Even animals used for TV and film events are often badly mistreated and harmed – particularly when filming dangerous or stunt scenes.

7. Dolphins are not comfortable in marine parks 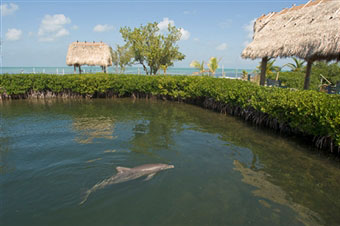 Imagine the plight of an intelligent, affectionate and wonderful animal such as a dolphin in a marine park – made to perform silly tricks for a few dead fish, this beautiful animal is kept in a small enclosure, away from his or her community, poked, prodded, and made to behave unnaturally each day. 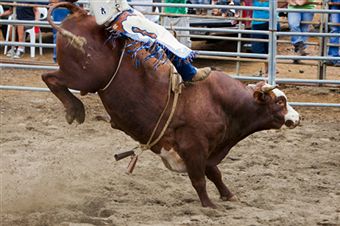 So called animal ‘sports’ – the rodeo or calf roping events cause the animal to suffer broken bones, spurs and straps being dug into the skin, electrical rods, lassos that nearly break the neck, and more.

9. Fishing and hunting are grossly cruel 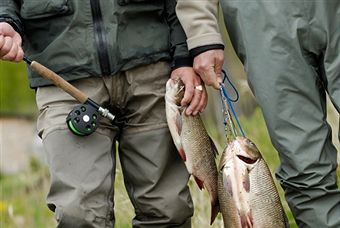 What else can be crueler than hooking a fish and pulling it out of water, the poor creature covered with blood all over? Imagine yourself being dragged out of air in a similar manner and maybe you’ll be able to understand the plight to some extent!

Just like fishing, hunting too causes painful death to animals. And many times, when the wounded animals escape being caught by the hunter, they are left to die of starvation, if not due to injury.

10. Animal rides are not innocuous either 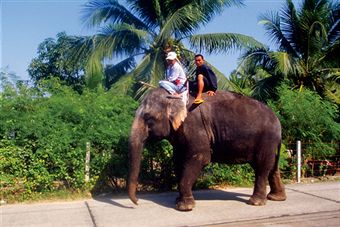 Animal rides like horse, elephant, camel rides are a common sight at many tourist spots and events. More often than not, these animals are not fed properly and are worn out. Their skin is often abraded due to ill-fitting equipment. They are goaded into carrying the rider even when they can hardly walk due to tiredness and sore foot.