Fur? For What? The vegan view against fur is well known – fur is culled from animals and obtaining it is a horrible and reprehensible reason for taking lives. It is just vanity after all, and the mean human desire to appear rich and a person of means, to acquire an item of clothing made out of an animal’s pelt – for there are so many other things to keep you warm and looking great on a cold winter night out after all.

The idea that fur looks good, and the association that it is supposed to have with glamour is a facile one – one that is thrust upon us by the fur trade and fashion industry. Other than the strictly ethical argument against fur – that of killing creatures for vanity – there are a great many other reasons for shunning fur. Here are just a few of them. 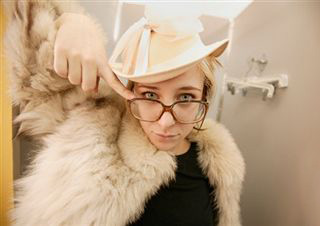 If ever you wanted to look like an aging dowager, wear a fur coat. If ever you wanted to look like portly matron, don that fur hat. If you don’t mind looking about 20 years older than you are, go right ahead and pay thousands of dollars for the hair and skin of several dead animals. You may want to ask yourself though – whether that money wouldn’t be better spent on something else? Something, for instance that does not make you look older?

2. It packs on pounds

Have you ever heard someone say the words “My, that fur coat is slimming on you?” Fur can make the most svelte among us appear stout. As for those who already carry some extra weight, well fur will just help to add some more “weight” which isn’t even there! So again if you want to spend thousands on looking fatter than you are, then go right ahead. A fur coat is perhaps the least flattering kind of outer garment you can think of – Glamour? Not so much!

Let’s face it – it’s a dead animal’s skin that you’re carrying about your shoulders; fur is bound to smell! This is especially true for the coats that have been handed down from an aunt, mother, grandmother and so on – those so called family heirlooms.

So those of you who are not convinced about the ethical argument against fur, consider the purely practical aspects and reasons why wearing or using fur is such a bad idea.