Going for Leather? See Where It Comes From!

Most of the leather that is used in regular items such as bags and shoes, is obtained from animals at the cost of horrible suffering and abysmal living conditions.

The animals are usually kept in horribly crowded and cramped conditions. They are subjected to procedures such as de-horning, castration, branding and tail docking without any kind of anesthesia or even pain killers.

Worse there are those supposedly ‘exotic’ hides that are obtained from skinning animals that are still alive! Snakes, alligators, crocodiles are allowed to live for a fraction of the number of the years they can live – though alligators have a life span of 50 years and more, they are usually slaughtered within about 4 years of being born on a farm. 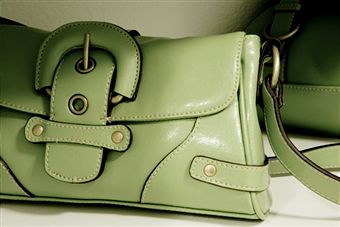 In other torturous procedures, for yet more ‘luxurious’ pelts, there are creatures that are targeted for their hides even before birth. A particularly soft kind of hide is obtained from aborted calves or kids from pregnant cows and ewes, and in some cases, kids may be boiled alive to make kid gloves.

For a long time it was (mistakenly) thought that leather coming from countries such as India would be relatively cruelty free for several reasons – India has the largest proportion of vegetarian populations in the world and the leather industry is not so organized that it practices animal cruelty in a commercial and structured manner. Further many animals, such as the cow and certain deer and so on are revered by Hindus so that these animals wouldn’t be cruelly treated by Indians and the fact that cow slaughter is banned in most Indian states.

This is far from the truth however. Animals in India are also kept in horrible and insanitary conditions. Kicking, beating, overcrowding and overloading are just some of the things that creatures have to put up with during their ‘productive’ years. As soon as they are perceived as being ‘unproductive’ (read too old to till or unable to produce any more milk) they are packed off to slaughter houses. They are transported with absolutely no regard to their being injured, hurt or even killed in process.

Even places such as China – one of the largest producers and exporters of leather worldwide – have a terrible track record of animal cruelty for obtaining leather and other products.