People who have grown up as meat eaters may find that making the transition to a vegan lifestyle can be difficult to adjust to. However kids who are brought up vegan may have no such problems. Many parents feel that they may be doing their kids a favor by giving them a healthier start in life by making a vegan diet choice.

However many parents may also buy into the discourse that feels veganism may provide inadequate nutrition for the growing body. To allay such fears, find out how you can give your child the right start in life:

This is a no brainer because we all know that breast milk contains all the nutrients that babies need up to the age of 6 months. Studies have shown that breastfed infants of well nourished vegan women fare the same as breastfed women of non-vegan women. However vegan women who breastfeed should not be deficient in Vitamins D and B12 – such a deficiency could mean that their infant doesn’t get enough either. 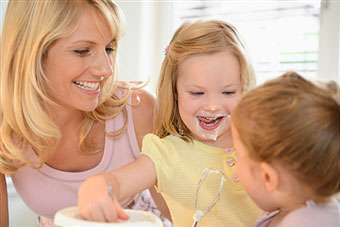 Most babies need nothing except breast milk for the first 6 months of life and after that it is important to begin with nutrient dense foods that are going to be most beneficial for a baby. Bean spreads, mashed avocado, cooked dried fruit, mashed firm tofu can be some of the things to start off with. These are nutrient and calorie dense foods – important because babies have small stomachs and cannot consume large quantities of food at one go. Be careful about introducing nuts and nut butters to your baby, especially if there is a family history of allergies and skin problems.

Here are some of the important items you should include in a kid’s diet to ensure that they get enough nutrients:

Vegan kids should be given plenty of leafy greens, enriched grains and iron fortified foods to ensure that they get enough iron.