Meat Industry Among the Highest Polluting Ones

The drastic change in the global climate is bringing about a negative effect in the lives of the people living in the planet. There has been a research and study done which claims that around the lives of 300 million people are seriously affected by climate changes and almost 300,000 die every year due to the same reason. The death rate is increasing due to environment degradation caused by excessive pollution.

The meat industry has been increasingly destroying the environment to a great extent. Especially in America, this has reached a peak. According to a survey, the average American consumes almost 280 pounds of meat every year and this consumption is much more than what any other country does (108 pounds of meat is consumed by the average Chinese every year). 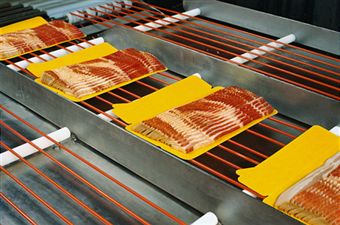 This concern has made people resort to plant based diet. It also saves the environment from getting destroyed. In fact opting for an all vegetarian diet is the best choice you can make if you want to cut down global warming and any further environmental degradation.

Making a small change in your diet can save the environment from degradation. As a part of this planet, it is the least one can do to save it. There are already too many things causing environmental hazards.

One little contribution from your end can save the world!