Need Inspiration to Go Vegan? Look at These Animals!

One of the arguments often trotted out by champions of meat eating is that meat gives you strength. Look at the lion, the tiger, the jaguar – prime examples of the strong, beautiful predators. The lion is the king of the jungle, and the tiger, master of all he surveys, they say. And it is what they eat that makes them so commanding, so feared and so respected in the wild, it is argued.

But what about nature’s gentle giants – The animals that far outstrip nature’s predators both in size and in strength? Some of the largest and strongest animals in the world are actually vegan. So the argument of the proponents of meat eating – that it is meat that gives us size and strength – tends to ring distinctly hollow. 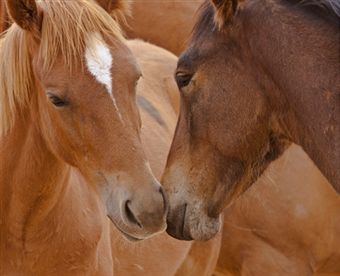 It is the horse and not the tiger that has been a faithful mode of transport for man through the ages. It is the horse who has historically had the strength and the endurance; to say nothing of the gentle temperament to do man’s bidding for so long.

It is the elephant and not the lion that man strode into battle with – the elephant that scattered the enemy ranks and trampled attacking armies into submission. 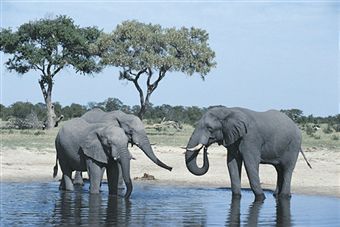 It is the elephant that is biggest land animal and arguably the strongest and mightiest, the giraffe that is the tallest, and so on. Similarly the wild buffalo is among the most aggressive animals so that even the strongest predators are not imprudent enough to attack one singly. Remember how the predators take the support of groups to attack these mighty creatures?

And what is it that these massive creatures eat? The elephant, the giraffe, the horse, buffalo, the wildebeest, the panda, and myriad other creatures are large and strong but they are also vegan, surviving on only plant diets, placing no reliance upon the meat or produce of any other animal.

So if you are looking for inspiration to go vegan, nature, in its bounty, offers a lot of it!