Pamela Anderson – Babe with a Big Heart (Size Does Matter)

“There is nothing sexier than a man who is kind to animals and the easiest way to be kind to animals is to stop eating them,” said Pamela Denise Anderson in one of her campaigns for PETA (People for the Ethical Treatment of Animals).

Pamela was a little kid when she saw her father cleaning an animal that he had hunted. It had such a major impact on her that she decided to go vegan for the rest of her life.

Pamela is a staunch vegetarian and an active campaigner of animal rights. She has done many campaigns for PETA and other organizations. 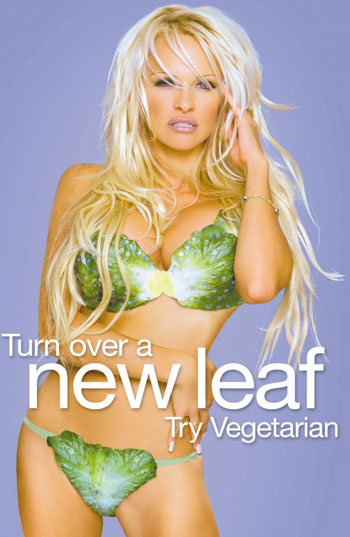 The Canadian born actress took part in the PETA campaign in Canada to save seals from the annual hunt, an event that occurs from November to May, killing around 300,000 harp seals each year. As brought out in the campaign, baby seals are killed in front of their mothers even before they get to have their first swim.

Her other popular campaigns include fighting fur in Israel and the campaign against Kentucky Fried Chicken (KFC). Both these campaigns highlight the ill-treatment  meted out to the helpless animals.

She has also played a significant role in bringing around the awareness about the ill-effects of saturated fats contained in the animal meat.

Pamela is born to save animals. She won the PETA award for all the service she has done to save the dumb creatures.