How Good Is Veganism for the Environment and Ecology?

It is utterly arrogant of us human beings to think that the nature that surrounds us, the animals and ecology that coexists along with us on earth are there for our use and benefit; that we can do what we want and take what want from them. Not only is this greedy and selfish, it is an attitude that is slowly but surely destroying the world as we know it; leaving a depleted, diminished environment for future generations.

Animals as stakeholders of the ecosystem

Humans have occupied and altered the world beyond recognition – building houses, roads and cities where there should have been forests, fields, wide open wildernesses. We have altered the course of rivers, created land out of the sea, basically plundered the earth with scant regard to any non-human (and often even human) inhabitants. Humans have hunted, fished and farmed, appropriating land and water that belonged also to nature’s other stakeholders; animals! 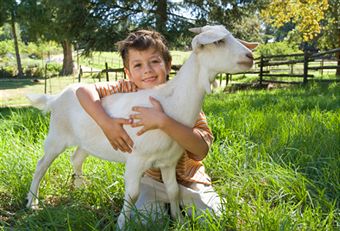 We drove animals from their homes, destroyed habitats, and drove creatures and plant species to extinction without compunction. Man automatically assumed ownership of all that he surveyed – when did the plants and animals consent to this – to giving up their homes, being slaughtered, being bred in captivity, being bred in unnatural ways?

How the vegan lifestyle can make a difference

Veganism isn’t just about food and clothing choices – it is about an attitudinal change that recognizes the rights of animals not be confined, bred in captivity, to be slaughtered for any reason – be it food, vanity or research. And even if the principle of Veganism doesn’t move a person, here are some bald facts that demonstrate how veganism is good for the environment:

So even if the vegan lifestyle and concept doesn’t move one to action, there is much else that will – or at least should?