In a world where meat eating is the norm and not the exception, there are vegan myths and misconceptions that abound regarding the vegan choices that we elect to make. From answering supposedly hilarious questions such as “Do you live on apples and twigs?”, from people with little knowledge of veganism, to encountering misinformation about veganism in the media, vegans have a lot to contend with.

Here are some of the commonest veganism myths that have come to be associated with these dietary choices. 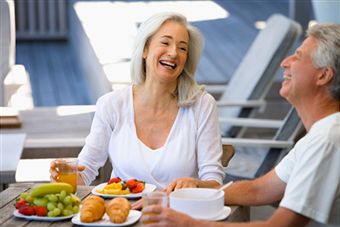 Consider all the various people who are choosing to go vegan in recent times. Carl Lewis, star athlete and multiple Olympic gold medal winner chose to go vegan in 1990, and followed this with outstanding results in the 1991 World Championships, which he himself attributed to the vegan diet he adopted a year before. Another example of a top athlete going vegan is that of Mike Tyson – who’d have thought!

The Bloomberg Businessweek Magazine recently ran an article about The Rise of the Power Vegans, which spoke of high powered CEOs and other prominent personalities making conscious choices towards veganism. Former president Bill Clinton, Ford Executive Chairman of the Board Bill Ford, Twitter co-founder Biz Stone, venture capitalist Joi Ito, Whole Foods Market Chief Executive Officer John Mackey, Steve Wynn, Mort Zuckerman, Russell Simmons have all chosen to go vegan. Clearly if you are able to run huge corporations on a vegan diet, you are not lacking in energy!

The American Dietetic Association actually is of the view that a well-planned vegan diet is appropriate for everyone and all stages of life; even when pregnant.

There are many excellent vegan dietary sources of iron. In fact experts have opined that it is possible that vegan diets actually contribute to the body’s increased efficiency in terms of iron absorption.

Though vegans choose not to have milk and milk products, it doesn’t follow that their diet is calcium or protein deficient. Research has shown that vegan diets have no negative impact on bone density. This is because animal protein actually pulls calcium from the bones to weaken them, which doesn’t happen with vegans who consume healthier plant proteins.