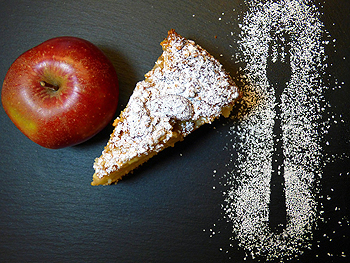 Omnivores often argue that vegans and vegetarians are short in protein and other nutrients which meat gives them. Even otherwise, the general image of an omnivore that comes to the mind is that of a strong, well-built person whereas the word ‘vegan’ gives impression of a lean and weak physique. Hence, one is tempted to conclude that the life expectancy of an average meat eating person is higher compared to their vegan counterpart. But wait, the reality seems to be otherwise.

There are various studies conducted from time to time on this subject and the findings have been, more or less, uniform. The latest one, the biggest of them all till now, was conducted by Loma Linda University, California. It involved as many as 70,000 participants and as high as 2,570 deaths during a period of about 6 years. And the findings? Well as per the report, vegetarians have a life expectancy of 12% more than non-vegetarians.
In other words, it means that you can live up to 8 years longer by adopting a non-meat diet.
So, what is it that makes a vegetarian live longer than an omnivore?

Risk factors of meat based diet 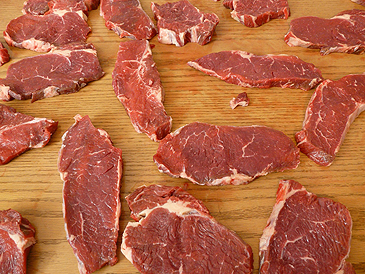 The very first thing in the negative list associated with meat is cholesterol. Red meat contains a lot of cholesterol, saturated fat and a compound called carnitine that disturbs the healthy bacteria in the gut. This increases the risk of plaque formation in the walls of the blood vessels leading to clogged arteries that may ultimately result in heart diseases, kidney problems, certain types of cancers (e.g. colon cancer) and other health disorders like gallstone, kidney stones, etc.

Obesity is another by-product of non-vegetarian diet. It is not to say that no vegetarians are obese but the risk and occurrence is much higher in omnivores. Obesity alone is said to cut down your life span by over 6%. The rise of the multi-million dollar weight loss industry stands testimony to the whole bunch of health complications and risk factors obesity invites in your life.

People who eat meat are also 3 times more likely to suffer from Alzheimer’s disease when compared to long term vegetarians. It is also found that Alzheimer’s can be treated using plant based products like spice saffron.

As per research, vegans, on an average, weigh 13 kg less than meat eaters. This obviously translates to fewer health ailments and higher life expectancy. It was also found that lean people are more health conscious; they are more likely to stick to regular exercise and stay away from smoking, which gives a further boost to their overall health. Thus, vegetarians have less mortality due to obesity, heart attacks and kidney failures.
Vegetarians are also less insulin resistant and hence less prone to type-2 diabetes.
Immune system of vegetarians is significantly boosted by consumption of fruit and vegetables and they respond well to vaccination. This contributes to less mortality due to respiratory and other infections.

Suicide rate too would be low among vegans since removal of meat, fish and poultry from your diet significantly improves your mood scores, as suggested by a recent study.

A word of caution though

Being vegan or vegetarian by itself is not synonymous with healthy eating. If you are eating too much of junk food, sweetmeat and high fat products, you are obviously inviting trouble for yourself despite avoiding meat based diet. So, keep an account of what goes into your stomach and include a generous amount of fruits, vegetables and whole grains in your diet.